The Palombara Estate is located in Lizzano, in the province of Taranto, one of Puglia’s most important winemaking regions. This is the home of Tenute Rubino’s Primitivo di Manduria, where the climate conditions over the entire year are perfectly suited to the growing of vines and olive trees.

Palombara Estate is nestled deep within the area of the Primitivo di Manduria DOC, 24 hectares placed 68 meters above sea level, overlooking the Ionian Sea. Its’ position is crucial in ensuring the optimal ripening of the grapes thanks to the sea’s influence on diurnal temperature variations.

The medium-textured soil is rich with stone particles—there’s a prevalence of limestone alongside a clay and siliceous sedimentary terrain with a sandy component. Winters in this corner of Puglia are mild with a good amount of rainfall. Summers are dry with average temperatures rarely exceeding 30 ° C.

The production protocol for the Doc Primitivo di Manduria  requires the use of no less than 85% grapes obtained from Primitivo varieties, grown in the titular territory—Manduria and Sava—but also in some municipalities on the eastern side of the Ionian province, and in three neighbouring towns of Brindisi: Erchie, Oria and Torre Santa Susanna. Primitivo is a grape which can express different nuances and character depending upon ripeness, climate, farming practices, and age of the vines. It’s a very versatile variety, used in the making of full-bodied red wines, sweet wines, as well as still and sparkling rosé. 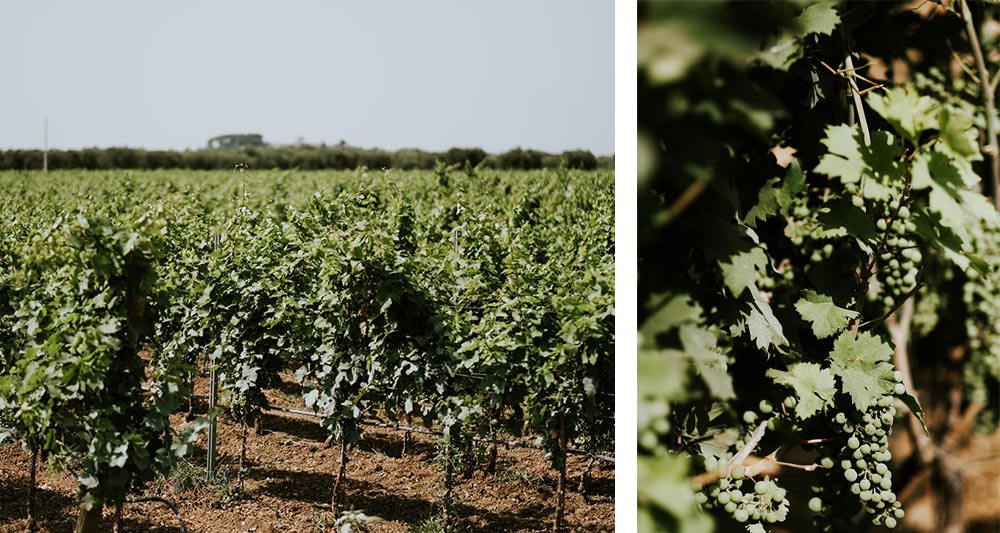