Saturnino 2019, the prince of Apulian rosés

Saturnino is back and it is time to get the party started! The new vintage will spirit you away to the sweetest Apulian summer, a kaleidoscope of memories that smell of sea breeze.

Saturnino is one of Salento’s most sought-after rosé wines, the crowning gem of a tradition that Luigi Rubino has innovated by creating a dedicated production protocol. Only a few hours of contact of the skins with the must, to extract all the aromatic charge of the Negroamaro grapes. Saturnino is obtained from grapes grown in the vineyards of Jaddico and harvested by hand, it is a wine that brings joy to the senses by combining aromatic intensity with a fresh and delightful mouthfeel: on the nose, notes of violet and black cherry give way to hints of cherry and pomegranate, raspberries and strawberry, surprising the palate with a round and balanced finish. It ages in steel for 5 months and in bottle for another two.

The name Name
With the name Saturnino, Tenute Rubino celebrates the ancient bond between the Brindisi area and the advanced viticultural tradition practiced in ancient Rome. Lucio Marcio Saturnino was the freedman who in the first century AD oversaw the farming of the original 2000-hectare agricultural fundus which overlaps in part with three of the Rubino estates: Jaddico, Giancola and Marmorelle. Near the mouth of the Giancola canal – which runs across the two agricultural estates overlooking the Adriatic Sea – many kilns for the firing of the ancient amphorae used here in the Brindisi area to hold wine and oil were found. In the estate of Jaddico, archaeologists have also unearthed the manor house of Visellio, the owner of the fundus. Wine amphorae produced and marked with his name have been found all over the empire as far as Egypt.

Negroamaro
Together with Primitivo and Nero di Troia, Negroamaro is the best known black berried variety of Puglia’s traditional viticulture. Versatile in winemaking, the grape has a recognizably oval shape, slightly wider at the apex. The skins are thick, bloom-covered and robust. Tenute Rubino uses them also in the making of Miraglio (a monovarietal Negroamaro), Jaddico (80% Negroamaro 20% Susumaniello) and Marmorelle Rosso, blended with black Malvasia.

The Harvest of 2019
The veraison phase started later compared to previous years: as a consequence, the harvest of each grape variety was postponed by 12 to 15 days. The temperature average recorder in summer, however, were excellent and thanks also to the optimal diurnal temperature variations, the grapes reached the cellar with excellent levels of phenolic accumulation and flavour precursors. The grapes harvested on September 10th and the following days were healthy, with perfectly intact clusters, a good pulp / skin ratio as well as balanced sugars and acid components: all factors that gave us good reason to expect a very good vintage.

Food Pairings
Versatility is the name of the game when it comes to enjoying a glass of Saturnino with your meal. The wine pairs wonderfully with many savoury dishes of the Apulian table: eggplant parmigiana, spaghetti with tomato and scampi, tagliatelle with porcini mushrooms, above all it is an incomparable companion of the typical Apulian focaccia, prepared with cherry tomatoes and olives and excellent enjoyed with mortadella and provolone. Saturnino can also be served as a delicious aperitif together with Taralli and Puglia’s famous ‘panzerotti’. Lastly, it should definitely be tried with sea urchins, a real gem of the Apulian summer. 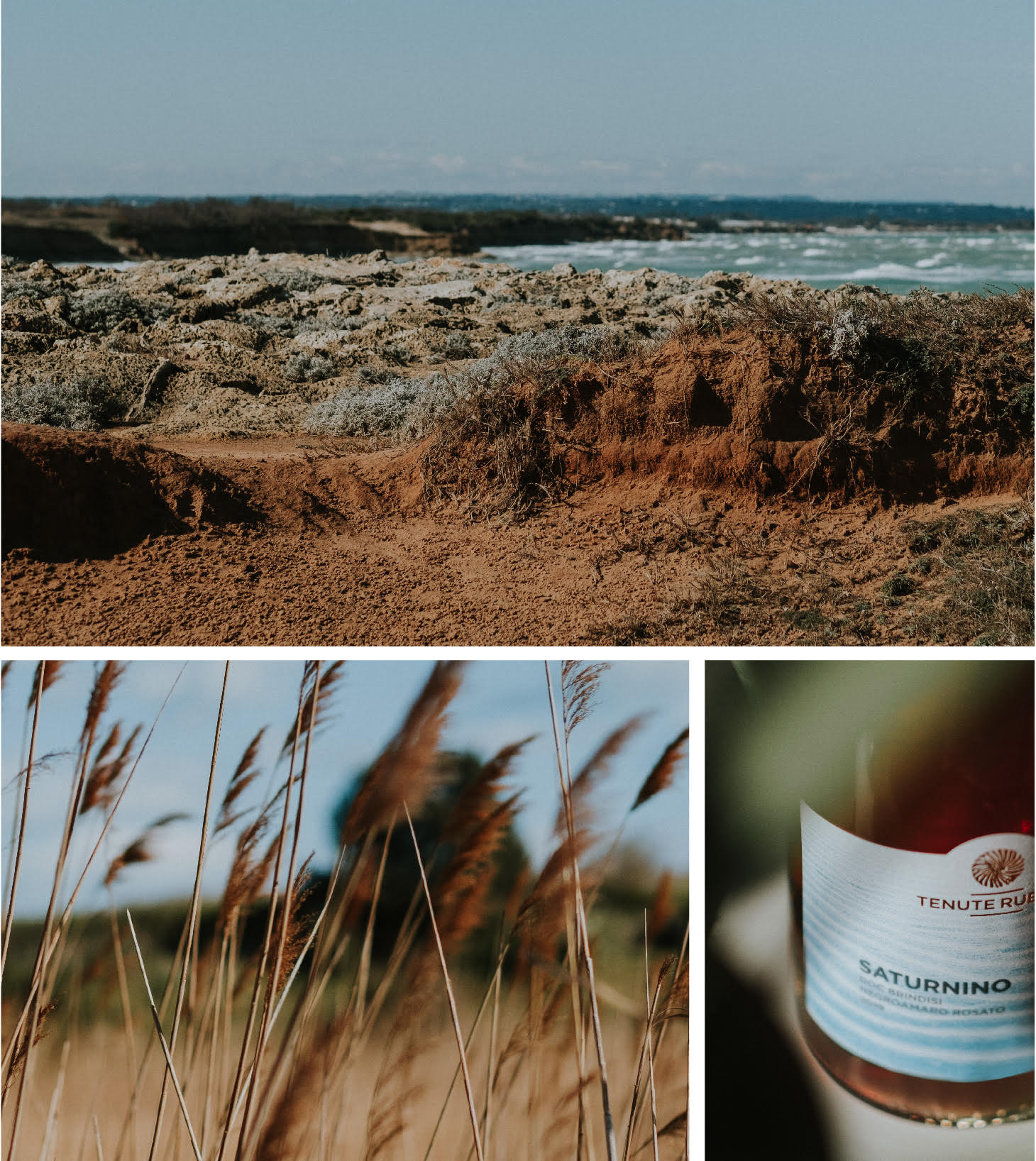